The four cantons is a very special place in Girona; it is a crossroads and meeting point. In this case, it is also the end of our tour. Here the four rivers that criss-cross Girona are embedded on the ground, like a footprint. Four rivers, four cantons and four cardinal points. 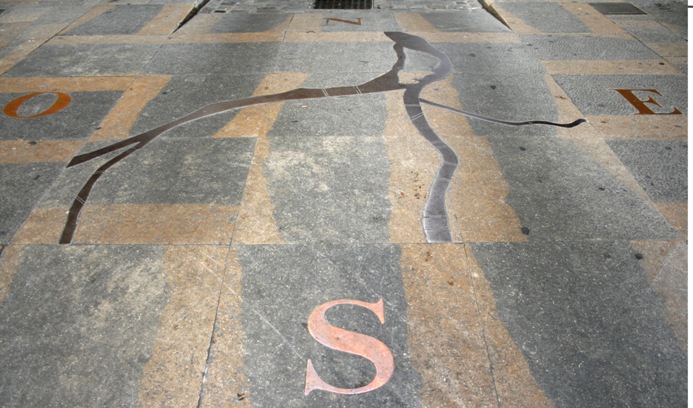 These points are related to the fact that the Earth has a magnetic field. People have been aware of its existence for a very long time, because of its applications in navigation using compasses. The north pole of the needle of a compass points to the magnetic North Pole of the Earth, since both the Earth and the compass are magnets. It is well known that magnets have two poles, called north and south, and that two similar poles are repelled, while two different poles or opposites are attracted.
The first magnet that was discovered was magnetite. It is a mineral formed by iron oxide, which is naturally magnetic. This effect originates in the atoms that make up this material. Groups of atoms come together in small regions of magnetism that are called domains, each with two poles. In most materials these domains point in every direction. In some materials, these domains can be ordered, for example with another magnetic field, so that another magnetic object is generated.

It is possible that the ancient Chinese had made magnets by warming iron bars and allowing them to cool north-south aligned. In this case, the Earth’s magnetic field was used to create a magnetic field on the iron bars. 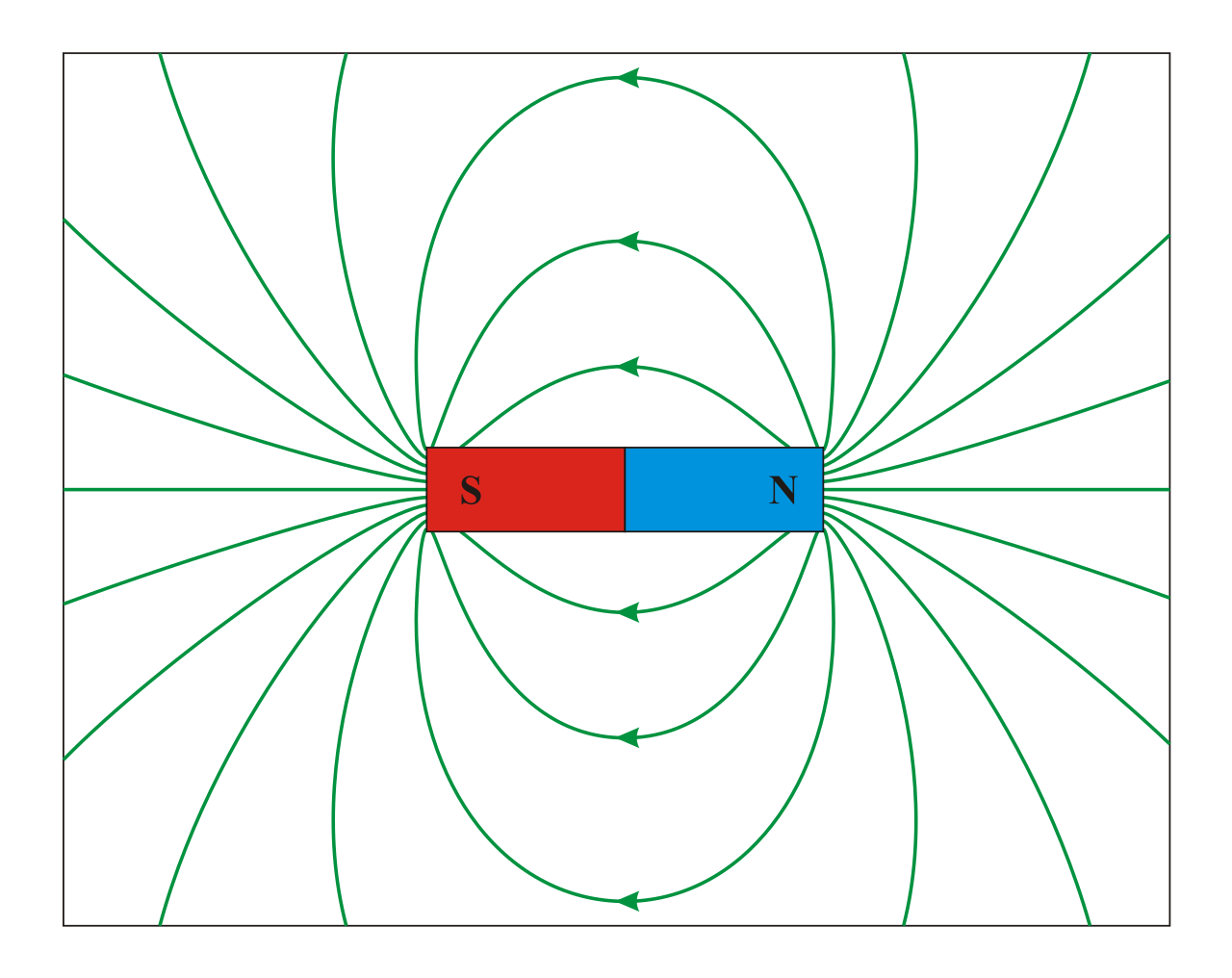 Compass, by Pep Anton Vieta
Electromagnet, by Pep Anton Vieta
For years, the Earth’s magnetic field was attributed to the existence of a powerful magnet in its center. Although it is believed that the Earth’s core is made up of iron and nickel, two metals with magnetic properties, we also know that at temperatures as high as that of the center of the Earth, this property is lost. Therefore, the center of the Earth cannot be a permanent magnet. There are currently several theories to explain the Earth’s magnetism, but the most widely accepted is based on the movement of a solid, very hot iron core, surrounded by liquid iron. The two moving masses inside the Earth generate electron movement that would explain the magnetic field.

Today, very powerful magnets are manufactured with materials such as iron oxide in barium or strontium oxide ceramics, nickel, cobalt and iron alloys, but the most powerful ones are made with elements from the groups called lanthanides and actinides. For example, samarium and cobalt or neodymium-iron-boron (NIB).

Magnets are used in numerous applications, such as electric motors, loudspeakers, fairground attractions, plus compasses or magnets for refrigerators. All these examples are permanent magnets, which means that their magnetic property is very durable. On the other hand, other magnetic substances may undergo modifications over time. This is the case of credit cards and the virtually-extinct video tape.

In addition to these domestic applications, in some more technological applications high power magnets are used. This is the case of nuclear magnetic resonance or magnetic trains. In both cases, superconducting materials are used. The most common are yttrium-copper oxides (YBa2Cu3O7), but there are also mercury and barium oxides and other superconductors based on fullerenes. When cold enough (below 70 °C – this is currently the great limitation that has prevented them from being applied more generally), they are excellent electric current conductors and generate very powerful magnetic fields.

The person who discovered magnetism was a Greek shepherd, according to historian Pliny the Elder, who lived between 23 and 79 AD and dedicated himself to collecting popular knowledge. The shepherd realized that a rock he found was attracted the tip of his cane and the nail in the sole of his shoes. Both the tip of the can and the nail were made of iron. And the rock did not attract anything else. The shepherd, who lived in Magnesia, did not know why this phenomenon happened, but he was curious, and he explained it to the closest wise man. This was Tales, who lived in the neighboring town of Miletus. He studied the properties of the rock and called it magnetite. Some versions say it was in honor of the town where it had been found, others because the shepherd was named Magnes. However it happened, since then materials that have a similar behavior are called magnetic.